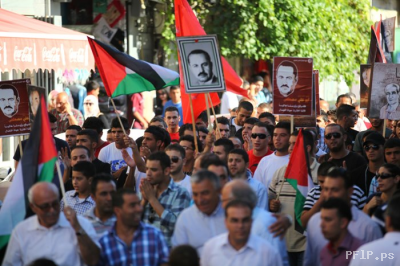 The following video was taken during the march and commemoration of the sixth anniversary of the martyrdom of Abu Ali Mustafa, the General Secretary of the Popular Front for the Liberation of Palestine, who was assassinated by a missile shot from a Zionist helicopter on August 27, 2001. This march took place in downtown Ramallah on September 8, 2007: