Gaza graduation ceremony for youth camps: “We are all Abu Ali Mustafa. We are all resistance.” 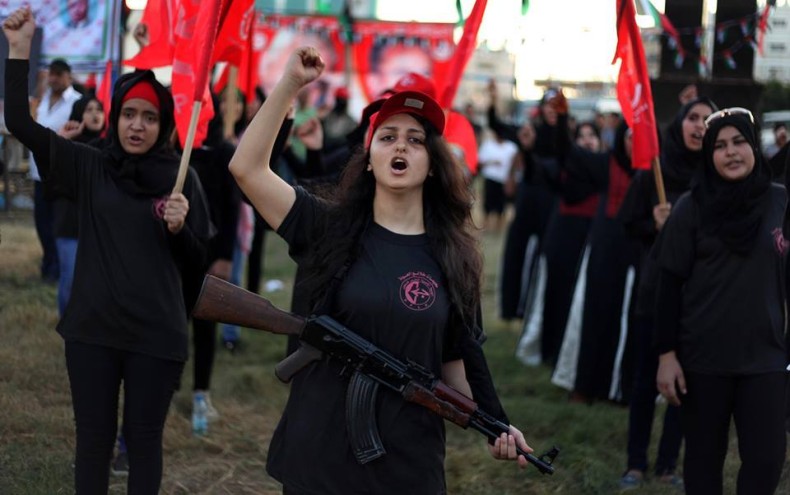 Gaza graduation ceremony for youth camps: “We are all Abu Ali Mustafa. We are all resistance.”

On Saturday, 29 August, the Popular Front for the Liberation of Palestine held a graduation ceremony for the youth camps, “Vanguards of Return” and “We Are All Resistance” in Saraya field in Gaza City, with the participation of about a thousand comrades and graduates. Leaders of the national and Islamic forces, community leaders, and cadres, members and friends of the Front attended the ceremony, as did fighters from the PFLP’s military wing, the Abu Ali Mustafa Brigades.

The ceremony marked the 14th anniversary of the assassination of Abu Ali Mustafa, the graduation of youth from the Gaza summer camps, and expressed a political commitment to Palestinian rights: to the right of return, national unity, and to support the steadfastness of the Palestinian people.

The grounds of Saraya were decorated with Palestinian flags, PFLP banners, and posters of the leaders and martyrs of the Front. The graduating Vanguards of Return, and the older youth, the We Are All Resistance camp, performed exercises and military demonstrations, showcasing the training they obtained during the summer camps.

Jamil Mizher, member of the Political Bureau of the PFLP and leader of its branch in Gaza, delivered the keynote speech of the event, expressing his pride in the graduation of these young comrades, fighters and intellectuals from the camps, emphasizing the values of struggle, resistance and loyalty to Palestine. He stated that the camps were named “Vanguards of return,” as a confirmation from the Front to emphasize this historical right of our people which will not be liquidated or limited, and the strategic importance of return generation after generation, to continue to struggle to restore all of the stolen rights of the Palestinian people.

He saluted the graduates, noting their spirit of commitment and determination, and thanked the organizers of the camps, the trainers in the camps from the Abu Ali Mustafa Brigades who shared their military abilities and experiences with the participants and the committee which prepared the program and organized trainers and camp leaders.

Mizher noted that the PFLP launched these camps to build PFLP fighters, intellectuals and revolutionaries, supporting the revolutionary Palestinian spirit among young people. “Youth represent a deep source of strength for Palestinian society. The Front pays great attention to these camps, which are not only limited to training and revolutionary education on the military side, but also addressed the intellectual and political side of struggle, promoting belonging to the Palestinian people, nation and cause as well as teaching of martial arts and military skills.

The camps also meet a strategic objective for the Front and the Palestinian resistance, by building youth capacity for skills development, organizing, strategic planning and initiative, building young leaders and increasing political awareness and depth of knowledge, noted Mizher. He noted the strong spirit of enthusiasm, persistence and determination in the young people participating in the camps, and their deep commitment to continue on the revolutionary path of struggle until the liberation of all of Palestine.

Mizher’s address also covered the political situation in Palestine and in exile, and the crises faced by the Palestinian people today.

He concluded his speech by congratulating the graduates of “Vanguards of Return” and “We are All Resistance,” emphasizing his confidence that they are prepared from this experience to be fully involved in implementing the vision of progressive, democratic revolutionary struggle to defend Palestinian identity, history, present and future, to achieve victory for the Palestinian people, a generation of return and liberation.

Omar Shayyeh spoke on behalf of the graduates of “We Are All Resistance,” noting that the camps fostered thought, revolutionary ideas, and strength, and their intellectual and physical commitment to resistance and revolutionary struggle. He emphasized the role of such camps in building the movement to achieve liberation of all of Palestine, from the river to the sea.

“On behalf of all the graduates, I say, our teacher Abu Ali Mustafa is not dead. He is alive in us, in our consciousness, in our revolution, in our resistance. His ideas do not leave our bodies today – we are all Abu Ali Mustafa. We are all Resistance,” said Shayyeh.

He addressed a message to the leadership of the PFLP, saying that “we are behind you in the midst of struggle and revolution….we go relentlessly toward return and liberation,” and a message to imprisoned PFLP General Secretary Ahmad Sa’adat, emphasizing their commitment to achieve his freedom. He thanked all of those who worked to make these camps and the graduation a reality. 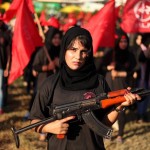 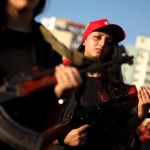 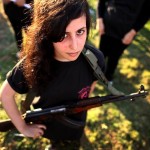 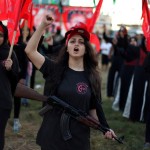 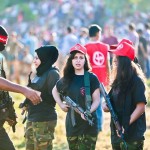 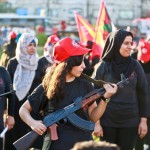 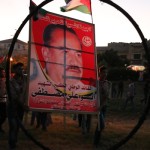 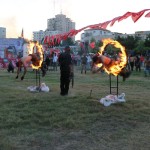 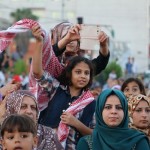 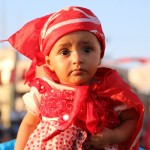 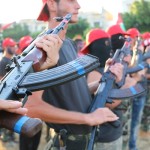 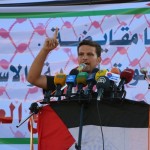 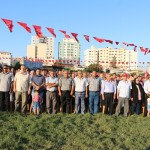 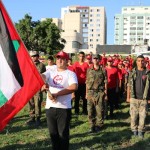 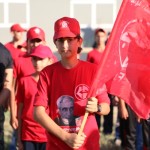 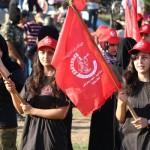 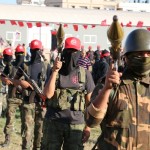 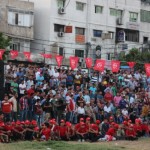 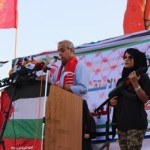 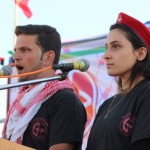 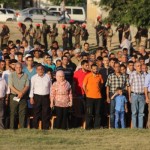 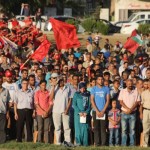 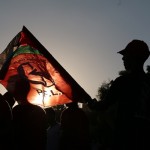 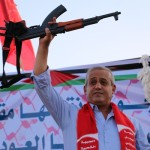