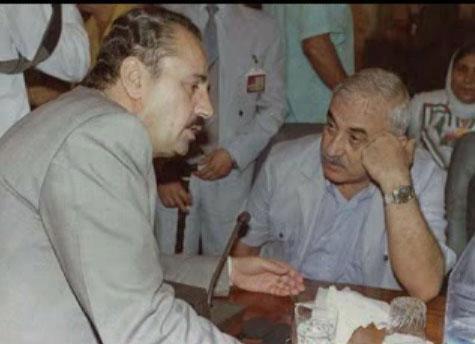 abuali 30th Sep 1999 No Comment in About Abu Ali Mustafa

The Deputy General Secretary of the PFLP, Abu Ali Mustafa, returned Thursday, 30 September 1999 to the land of Palestine. Welcomed by supporters and by ministers in the Yasir Arafat cabinet and amid tight security, Abu Ali reaffirmed the Popular Front’s strategic aim of the total liberation of Palestine.

After 32 years in exile, the Deputy General Secretary of the Popular Front for the Liberation of Palestine, Abu Ali Mustafa, returned Thursday, 30 September, to the West Bank territory of Palestine. The PFLP leader proclaimed once again the strategic aim of the Front in Palestine: total liberation.

“We have returned to the land of Palestine to continue the struggle for our people and for all of Palestine,” Abu Ali Mustafa declared upon his arrival. “We are one people,” he added. “There are no divisions between us.”

Mustafa proclaimed that the struggle for Palestinians to return to Palestine is a legitimate right for all Palestinians and there is no power that can take that right away.

Supporters of the Front honked car horns and shouted PFLP slogans to welcome the Popular Front second-in-command, who hails from the village of Arraba, near Janin in the northern part of the West Bank. Abu Ali told supporters that the Front would work with the Fateh Movement to guarantee that the right of return would be respected in the course of the final status talks that the Palestine Authority is to hold with Israel.

The PFLP leader’s remarks touched on what is likely to be the most recalcitrant problem that talks between Arafat’s Palestine Authority and Israel are supposed to solve. The right of Palestinian return cuts to the heart of the Zionist programme of colonisation and Judaisation of Palestine, and the PFLP, which remains implacably opposed to the so-called “Oslo peace process”, is intent on turning up the pressure on the Palestine Authority to hold fast to this basic Palestinian national priority.