We Will Not Surrender; Victory Is Coming 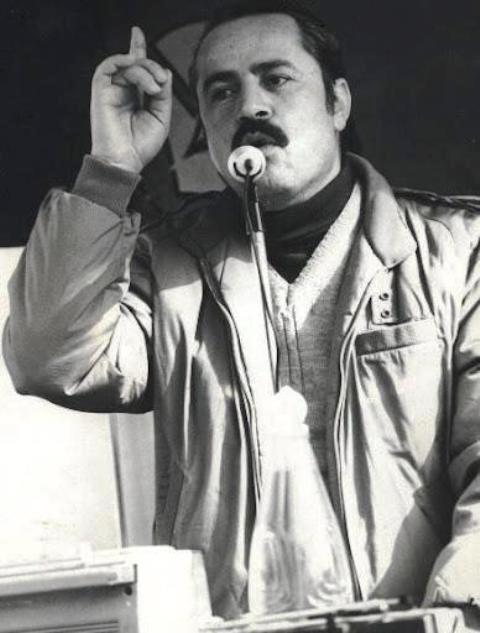 We Will Not Surrender; Victory Is Coming

The Popular Front for the Liberation of Palestine (PFLP) issued the following statement on August 29, 2001, following the assassination of its secretary general, Comrade Abu Ali Mustafa, by Israeli forces.

YESTERDAY was a sad day in the history of the PFLP. It was also a sad day for the Palestinian people, the Arab world, and the world’s internationalists. Yesterday the Palestinian people marched in Ramallah for the last time with Abu Ali Mustafa. More than 50,000 mourners, women, men and children, joined the procession, making it one of the biggest funerals in Palestinian history. Indeed, many more would have come from all over Palestine, if not for the barbaric restrictions of movement imposed on our people by the Israeli occupation army. Thousands of people in all Palestinian cities, as well as thousands of others in Jordan, Syria, Iraq, and Lebanon, paid tribute to Abu Ali Mustafa by organising symbolic funerals. Mourning ceremonies to receive condolences took place all over the world. Dr George Habash, Al-Hakim, addressed the Palestinian people and the Arab masses and offered condolences for the loss of his long-standing comrade and friend.

Abu Ali Mustafa knew that he was targeted by the Zionist forces. Recently, he made the statement: “We all are targeted as soon as we begin to be mobilised. We do our best to avoid their guns, but we are living under the brutal Zionist occupation of our lands, and its army is only a few metres away from us. Of course we must be cautious, but we have work to do, and nothing will stop us.”

After having lost momentum over the years, the PFLP was strengthened considerably under the leadership of Abu Ali Mustafa who was able to unify the party and renew its energy. He articulated the vision of the Popular Front in a radical, simple language that was accessible to everyone. He emphasised the Arabic depth and the international dimension of the Middle East conflict. He worked for a unified Palestinian strategy to confront the occupation.

Abu Ali Mustafa was a unifying figure not only among the party’s own structures, but among the various Palestinian political parties as well. Since his election as PFLP general secretary, the number of members and supporters of the PFLP increased significantly. The most recent poll, conducted shortly before his death, showed that the PFLP enjoys the endorsement of 8.3 per cent of the Palestinian population. Real numbers would show an even greater percentage of popular support.

Dear Comrades! Although the loss of Abu Ali Mustafa seems too great to bear, you should not be discouraged. The PFLP has a solid history, strong party structures, and popular support to sustain it.

Our struggle for freedom and independence continues! We will not surrender, and neither should you. Victory is coming!