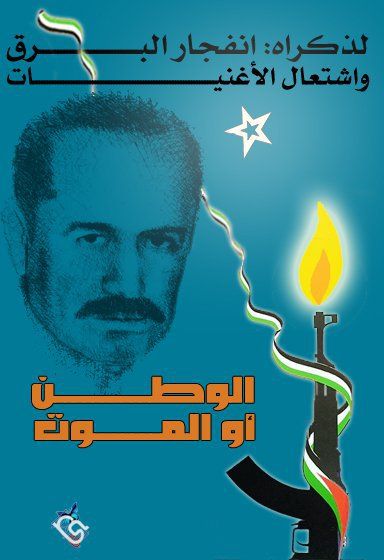 The Popular Front for the Liberation of Palestine organized a military parade marking the eighth anniversary of the martyrdom of Comrade Leader Abu Ali Mustafa in Rafah refugee camp in the Gaza Strip on August 30, 2009. The military parade marched through the streets of the camp from Star Plaza. Dozens of fighters of the Abu Ali Mustafa Brigades and many more comrades of the PFLP and a crowd of residents of the camp participated in the march.

A spokesperson for the PFLP praised the Abu Ali Mustafa Brigades, the armed wing of the Popular Front for the Liberation of Palestine, who took that name following the assassination of the former PFLP General Secretary, who was killed in his Ramallah office by a missile shot from an Apache helicopter by the Zionist occupation military on August 27, 2001, for their courageous and decisive response to the assassination. Rehavam Ze’evi, the infamous, notorious racist tourism minister in the Zionist state, who was well-known for his advocacy of the ethnic cleansing of Palestinians and for referring to Palestinians as “cockroaches,” was assassinated by fighters of AAMB on October 17, 2001, in retaliation for the assassination of Comrade Leader Abu Ali Mustafa.

The spokesperson for the PFLP pledged to continue the path of resistance of the martyr Abu Ali Mustafa and to achieve the objectives of our people – freedom, self-determination, independence and return. The spokesperson called for a formation of a united resistance front of all the military wings of the national and Islamic resistance factions in Gaza.

The spokesperson said that the blood of Abu Ali Mustafa is a commitment to stay on the path of resistance, and that we will continue to march on the path of resistance as we know that this is the only way to restore our Palestinian national rights, for which Abu Ali gave his life and his death and for which our leader, Comrade Ahmad Sa’adat, General Secretary of the PFLP, remains behind the bars of the Zionist enemy.

The spokesperson continued by rejecting the ongoing internal division, noting that this division undermines the achievements of our people in the struggle against the Zionist occupier and hurts our people’s interests, calling for a successful comprehensive national dialogue and unity as soon as possible. The spokesperson said that the restoration of national unity will ensure that the file of political detention is closed forever in the West Bank and the Gaza Strip, and demanded the immediate end to security cooperation with the occupation in the West Bank, the pursuit of resistance fighters and the seizure of their weapons, and concluded by pledging to march on the path of Abu Ali Mustafa until the liberation of Palestine.