August 29: Berlin to honor Abu Ali Mustafa and the martyrs of Palestine 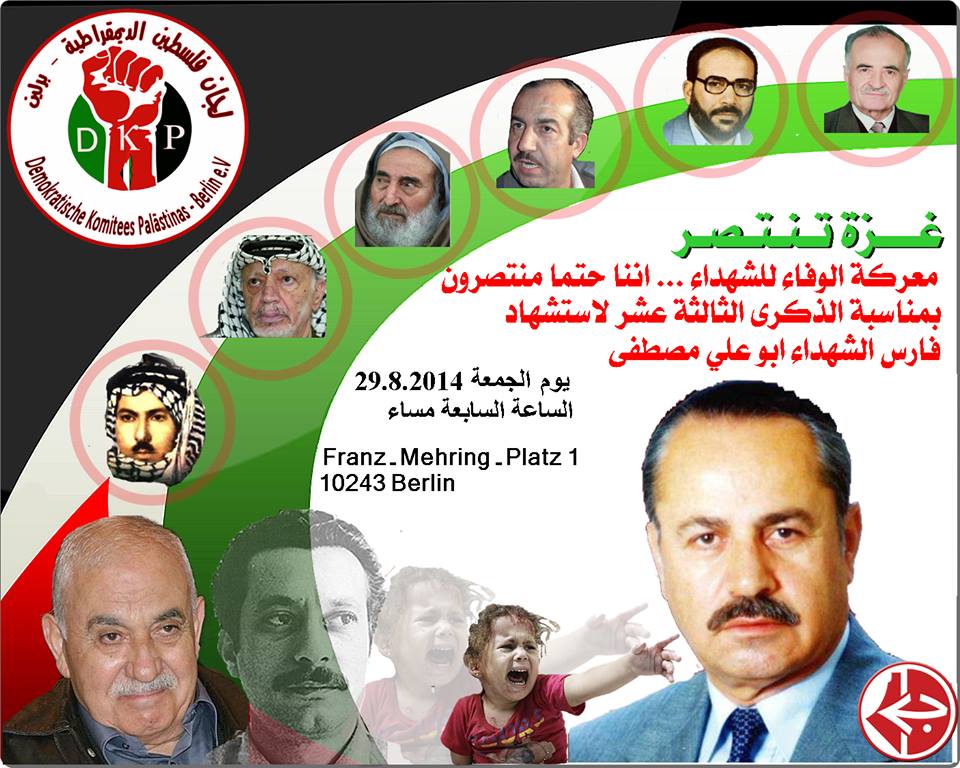 August 29: Berlin to honor Abu Ali Mustafa and the martyrs of Palestine

The Committees for a Democratic Palestine – Berlin in Germany will commemorate the 13th anniversary of the assassination of Comrade Abu Ali Mustafa on August 29, 2014 with an event at Franz Mehring Platz.

The event will honor the fallen martyrs of Palestine, and the struggle and resistance of Palestinians in Gaza over the past month against a massive Zionist assault.

Abu Ali Mustafa was the General Secretary of the Popular Front for the Liberation of Palestine when he was killed in his Ramallah office by the Zionist occupation military firing a missile through his window with a US-made attack helicopter on August 27, 2001. When asked about the risk of assassination, he had said, “We all are targeted as soon as we begin to be mobilised. We do our best to avoid their guns, but we are living under the brutal Zionist occupation of our lands, and its army is only a few metres away from us. Of course we must be cautious, but we have work to do, and nothing will stop us.”