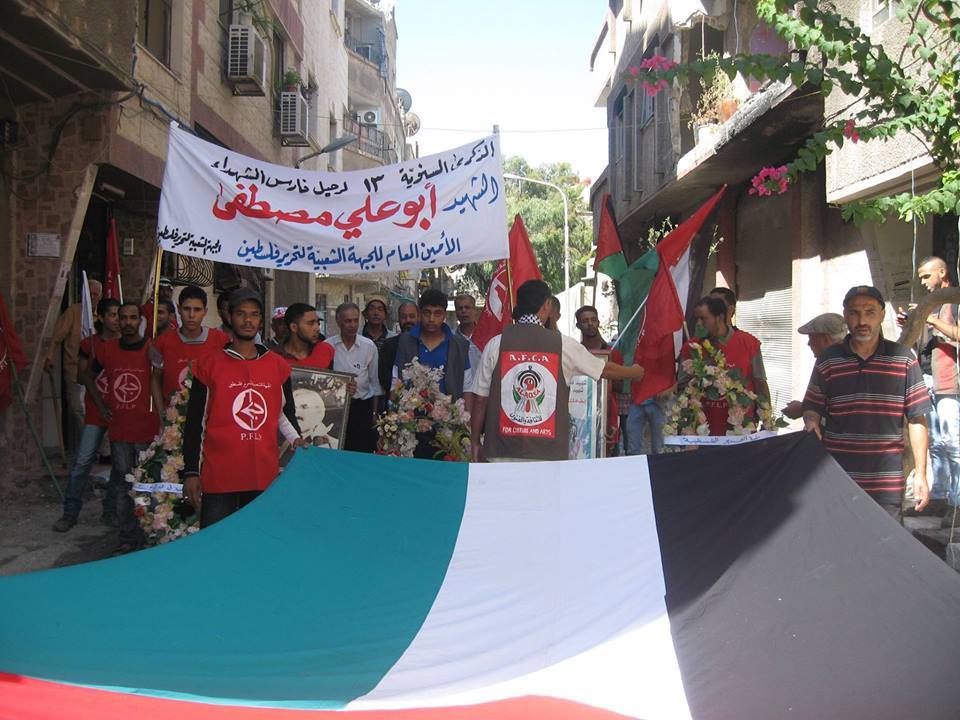 Commemorations of the martyrdom of Abu Ali Mustafa, the General Secretary of the Popular Front for the Liberation of Palestine, assassinated in his Ramallah office on August 27, 2001 by the Zionist occupation army with a US-made and funded helicopter-fired missile, are taking place place in cities throughout Palestine and among Palestinians in exile and diaspora.

In Dheisheh refugee camp in Bethehem area, members and supporters marched through the streets of the camp and down to the main streets, carrying posters of Abu Ali Mustafa, Palestinian flags and PFLP banners, while a comrade spoke through a loudspeaker, saluting the martyrs of Palestine, most recently the martyrs of the massacres in Gaza, and celebrating the victory of the resistance. He saluted the prisoners in Zionist jails, including PFLP General Secretary, Comrade Ahmad Sa’adat, calling for their immediate liberation and for national unity to achieve the goals of the Palestinian people. 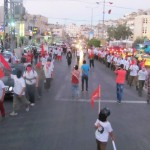 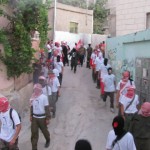 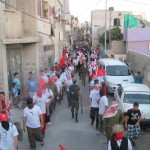 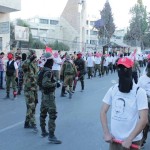 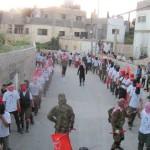 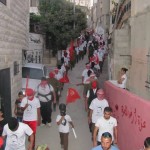 In Salfit, the PFLP commemorated the 13th anniversary of the assassination with a sit-in in the courtyard of Marda village, joined by members, cadres and supporters of the Front, representatives of the national and Islamic forces, and people of Marda and Salfit governorate. The event came in conjunction with a celebration of the announcement of the ceasefire in the war of aggression on Gaza and the victory of the Resistance.

The Front called for confrontation with the occupier, denouncing the expulsion order against Comrade Khalida Jarrar and the campaign of arrests against the Front, noting that it would not be deterred from its defense of our people’s rights in Gaza, the West Bank, Jerusalem, and everywhere in the occupied land of Palestine. It demanded the immediate end to the security coordination of the Palestinian Authority with the occupier and for the PA to end its arrogant attacks on the children of the Palestinian people and instead confront the occupier. The Front also saluted the victory of the resistance and the steadfastness of our people in Gaza, noting that this is part of a long struggle to achieve self-determination, return and the liberation of all Palestinian national soil.

Nasfat Khuffash spoke on behalf of the Palestinian national campaign to boycott the occupation, saluting the steadfastness of our people in the Gaza Strip, praising the resistance, and calling for total boycott of “Israeli” products and disinvestment from “Israeli” companies. ***
In Ramallah/El-Bireh, the PFLP visited the grave site of Comrade Abu Ali Mustafa in the martyrs’ cemetery in el-Bireh, joined by a large delegation of national figures and representatives of Palestinian political forces.

Bashir al-Khairy spoke at the event, saying that the approach of resistance and liberation embodied in the life of Comrade Abu Ali Mustafa remains firmly in the mind of every Palestinian, emphasizing to continue on his path, epitomized by his words “to resist and never compromise on our constants.” He noted that the embrace of the Palestinian resistance in Gaza is a landmark on the path to the liberation of Palestine, all of Palestine, for which Abu Ali Mustafa lived and gave his life. The PFLP in Qalqilya held a march through the streets, commemorating the assassination of Abu Ali Mustafa and celebrating the victory of the resistance in Gaza, distributing a statement calling for confrontation of the occupation. The statement highlighted the expulsion order against Khalida Jarrar and the arrests of dozens of cadres and members of the Front, affirming that these would not break the will of the Front and its determination to liberate Palestine. It also demanded an immediate end to PA security coordination with the occupier, while saluting the victory of the resistance in Gaza.

In Tulkarem, national and Islamic forces marched ater Friday prayers, in support of the heroic resistance in Gaza and to commemorate the values and principles of Abu Ali Mustafa and all of the martyrs of Palestine. The march ended with a gathering in Jamal Abdel Nasser Square with speeches about the Palestinian resistance and Abu Ali Mustafa’s role in struggle.

The Ghassan Kanafani Cultural Club and the PFLP in the steadfast besieged Yarmouk refugee camp in Damascus held an event marking the 13th anniversary of the martyrdom of Abu Ali Mustafa, saying that the Club insisted that this anniversary must not pass unnoticed despite the pain and suffering of our people in Yarmouk camp. 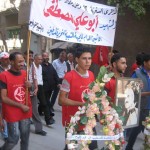 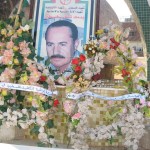 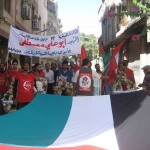 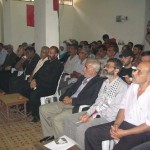 The PFLP in Burj al-Shammali camp in Lebanon held an event commemorating the 13th anniversary of Abu Ali Mustafa’s assassination, attended by Lebanese and Palestinian political forces, cadres, members and supporters of the Front, and people of the camp. Speakers included Comrade Intisar Dannan, MP Abdul Majid Saleh of the Amal movement, Dr. Khalid Hadadi of the Lebanese Communist Party, Hajj Atallah Hamoud of Hezbollah, all of whom saluted the Palestinian resistance in Gaza and everywhere, and the memory and legacy of Abu Ali Mustafa. Comrade Abu Ahmad Fuad, Deputy General Secretary of the Front, attended the event, and the main speech was given by Comrade Marwan Abdel-Al, member of the Central Committee of the PFLP and leader of its branch in Lebanon.

Comrade Abdel-Al saluted all of the resistance fighters in Palestine, who confirm through their ressitance that all of Palestine will return to its people. He also saluted Comrade Khalida Jarrar, under an expulsion order from the Zionist state. 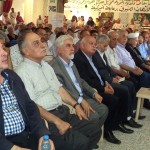 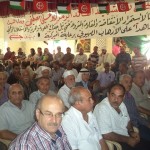 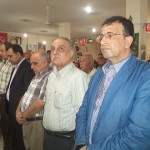 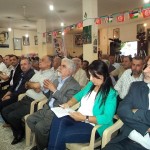 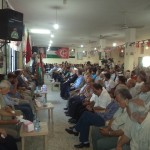 In Berlin, Germany, the Committees for a Democratic Palestine held an event commemorating the martyrdom of Abu Ali Mustafa, featuring Palestinian speakers and solidarity activists from a number of community groups. The event was also an opportunity to celebrate the victory of the resistance in Gaza, and call for solidarity with Khalida Jarrar, under an expulsion order from an occupation military court. 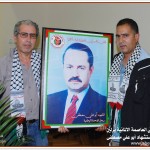 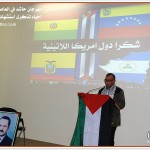 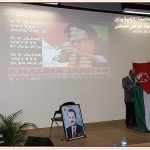 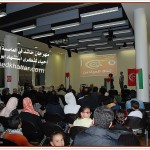 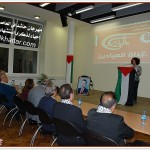 In Austin, Texas, in the United States, Palestinian activists and supporters organized a community gathering to honor Abu Ali Mustafa and his life, in which a discussion and presentation was made about Abu Ali Mustafa’s thought and history of struggle, and a video of one of his speeches was played, for the first time subtitled into English.