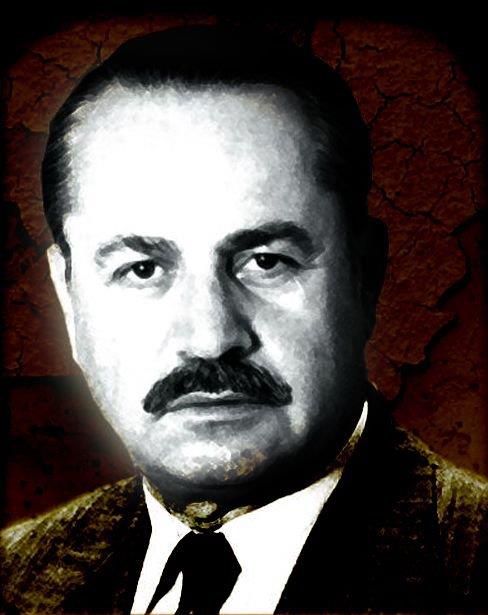 Amid our struggling people and nation, engaged in the battle for national and social liberation, the martyr and national leader, Comrade Abu Ali Mustafa was assassinated, because of his life in struggle, courage, integrity, ideological commitment and strength and readiness to struggle. His visionary leadership always remained honest and faithful to the national liberation movement and remained an example of accountability and integrity before the people.

On this, the fourteenth anniversary of our leader, our symbol and our teacher, we in the Popular Front for the Liberation of Palestine reaffirm our consistent commitment to the martyrs – all of the martyrs – to continue in the struggle, inspired by their heroism, regardless of the difficulties, complexities and any costs of the sacrifices made voluntarily at the altar of freedom.

Abu Ali was a leader in the battlefield and a political role model among the leaders of our modern Palestinian revolution, who led the battles of dignity, from struggling in Jerash, to legendary steadfastness in Lebanon, to the intifada in our homeland. He was an exceptional leader: guarding the values of the resistance, rejecting subservience, and adhering firmly to the national and historic rights of our people: in the forefront, the right of return, self-determination and the establishment of full sovereignty and Jerusalem as the capital of a Palestinian state.

We remember our national leader – we salute and bow to his soul and the souls of all the martyrs of our people, including the martyrs al-Qassam and Abdul-Qader al-Husseini, and Dr. George Habash, Wadie Haddad, Guevara Gaza; Abu Ammar and Abu Jihad; Omar al-Qassem and Fuad Nassar; Samir Ghosheh and Sheikh Yassin and Fathi Shikaki; whose blood is a trail of freedom which remains long and thorny. These martyrs never ceased the struggle, which continues in further battles against the fascist enemy who today escalates its political and military attacks against our people: confiscating land, killing our people, abducting prisoners, and even burning children alive. This situation requires a final end to the devastating and absurd path of Oslo and negotiations, which has led only to intensified occupation, impoverishment and destruction; and it requires an end to the division and bloody factional infighting among our people in the homeland and in exile.

On the anniversary of the martyrdom of the national leader Abu Ali Mustafa, our people confront the worst and most complex conditions at the Palestinian and Arab levels. They are facing an escalating imperialist/Zionist project which is integrated with Arab complicity that in the final outcome, enhance the role of the Zionist enemy in controlling the Arab world and escalating sectarian, ethnic and geographic fragmentation and division, destroying the capabilities of the nation while perpetuating dependence and underdevelopment. At the core of this is a project to end the central cause – that of Palestine – which is diminished daily in the national and international agenda. In order to confront these circumstances, we must as a people live tasks of national liberation and democratic struggle that we cannot wait to complete until after the conflict with our enemy. We must take our cause entirely outside the terms of the American project, and leave aside the illusions of negotiaitons with the occupation, whether directly or through intermediaries under the pretext of ending the siege of Gaza and easing the pain of the people. Negotiations bring only division and undermine the national effort, and the frustrate popular demands, encouraging the enemy to persist in its arrogance and brutality, which leaves no room for any political settlement to the conflict. There is no way out of the national impasse but by ending Oslo and bridging the gap of division, and return to unity on the basis of the path of resistance, not through inviting the existing Palestine National Council to convene but through activating the provisional leadership framework of the PLO to truly renew legitimacy and rebuild the Palestinian national movement in an inclusive framework of the Palestine Liberation Organization as the sole legitimate representative of the Palestinian people, returning its leadership to the real struggles inside and outside Palestine.

In memory of the martyred leader, teacher and symbol, we note signs of deepening contradiction with the occupation, through the ongoing sacrifices of our people, through the struggles of the heroic prisoners, or through heroic resistance whether organized or spontaneous; these reveal the deep store of energy of our people and their support for initiatives and alternatives, and reflect a deep awareness of the contradictions in managing national priorities, especially as a consequence of division. The time has come to build and expand initiatives among the masses and to recognize the clear futility of reliance on the American project of settlement. Resistance is the alternative option that will lead or delay an explosion – in the moment, the next step toward popular uprising cannot be clearly predicted.

As we promise our people, our leader Abu Ali and all the martyrs to follow the path they have laid, and walk the road of their blood, we know that the fulfillment of this promise will come through struggle, resistance and raising the concerns of the masses, who are the maker of all accomplishments; it is for ourselves, first and last, to correct the path and straighten the march.