Amman event: “Abu Ali spent his entire life for the sake of Palestine” 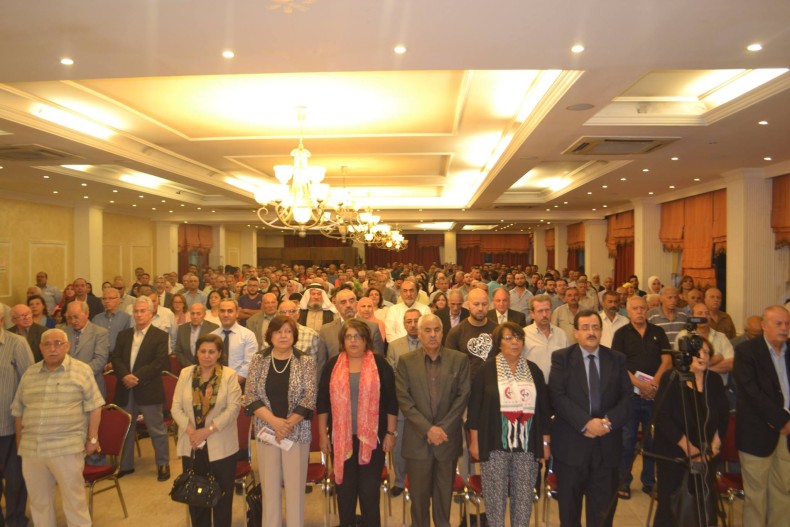 Amman event: “Abu Ali spent his entire life for the sake of Palestine”

The Democratic Popular Unity Party (Wihda Party) of Jordan marked the 14th anniversary of the assassination of Palestinian and Arab leader Abu Ali Mustafa in a large event filling the hall at the trade union Professional Associations Complex in Amman on the evening of Sunday, 30 August 2015.

Speakers at the event saluted Abu Ali Mustafa and his role on the Palestinian and pan-Arab levels, and also discussed the current situation of the Palestinian cause, matters in Jordan, and the state of the Arab nation.

After an opening by Rami Yassin and Aisha Balawi welcoming the audience, Dr. Said Diab, General Secretary of the Popular Unity Party, delivered the keynote speech of the event. Diab noted that Abu Ali Mustafa was ten years old at the time of the Nakba, one of the children of a generation filled with anger and readiness to struggle to transform their society from one of displaced persons and unorganized refugees to a powerful movement of activists, strugglers and revolutionaries.

Abu Ali Mustafa joined the Arab Nationalist Movement in 1955, and in 1957 political parties were banned in Jordan; he was arrested and sentenced to five years in Jordanian prison, after which he took his place in the establishment of the Popular Front for the Liberation of Palestine alongside Dr. George Habash, Abu Maher al-Yamani, Wadie Haddad, and the co-founders of the Front. “Abu Ali gave his entire life for the sake of Palestine and nothing but Palestine,” said Diab.

He warned of reports about indirect negotiations between Hamas and the Zionist state for a “long-term truce,” noting that this carries the dangers of Oslo in an attempt to improve the conditions of life for people in Gaza. Such a “truce” is another attempt to liquidate the idea of resistance, Diab said. He also addressed the current situation of the Palestine Liberation Organization, sidelined in reality in favor of the Palestinian Authority and being used in a monopolistic and opportunistic way to serve personal goals rather than the liberation of Palestine.

He saluted the heroic prisoners who are struggling inside the prisons for Palestine, particularly those engaging in the battle of empty stomachs and confronting Zionist racist policies, defending their dignity and right to life.

On the situation in Jordan, Diab emphasized the suffering of the people as a result of economic policies which have led to high prices, poverty and unemployment, with the government working in all aspects to serve the bourgeoisie and the forces of capital while rejecting all demands for reform – yet progressing quickly on all laws that restrict popular expression and freedoms.

Abla Abu Elbah of the People’s Democratic Party spoke on behalf of the coalition of nationalist and leftist parties, noting that Abu Ali Mustafa was one of the great leaders of the modern Palestinian revolution that introduced a new model in Palestinian history, working diligently to uphold fundamental Palestinian rights and build Palestinian unity for struggle.

She warned of the dangers of Palestinian division as a challenge to Palestinian leftist forces, noting the role of regional and international forces in feeding and exploiting the division and risking the Palestinian national cause.
Dr. Ahmad Qadri, former president of the Dentists’ syndicate, noted that this anniversary comes at a very difficult stage for the Palestinian and Arab cause. He said that the Palestinian national liberation project has come in for slaughter at the hands of private entrepreneurs vying for power and authority under occupation. He noted that there is now talk of reactivating PLO institutions and “renewing legitimacies” with no real popular or mass participation, which will only damage the PLO further. He urged a comprehensive political review of the Palestinian situation, noting the absence of a consolidated clear and strategic vision which is necessary to move forward.

Tahani Shakhshir, president of the Jordanian Women’s Union spoke on the situation in the Arab world, facing an onslaught of imperialism, colonialism and Zionism, including the attacks of sectarian groups like Da’ash, noting the the destruction and fragmentation and division of Arab countries, the attacks on women, and the displacement of Arab people. She addressed the massive destruction arrayed against the Arab people of Iraq, Libya and Syria, the fomenting of sectarian war and the killing of civilians with cluster bombs in Yemen through US/Zionist/Saudi schemes. All of this, she said, comes in order to redraw the region and attempt to eliminate any form of revolutionary national project and destroy the resistance approach in the region as a means of tightening imperial control over the Arab world. She also noted the role of IMF economic policies working hand in hand with imperialism and Zionism to impose colonial subjugation on the Arab people.

“We are living the most difficult forms of oppression and tyranny. Hence, from this point, we know that we must hold fast that resistance is the solution,” Shakhshir said.

On the cultural side of the program, the poet Salah Abu Lawi delivered a collection of poems for the martyrs and prisoners. Kamal Khalil and the Baladna band provided a musical conclusion, singing for the people, the martyrs and the prisoners. 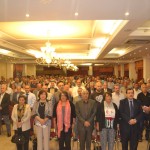 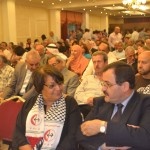 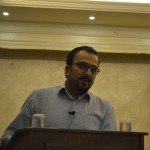 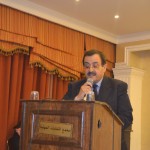 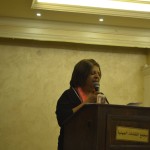 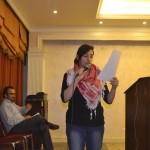 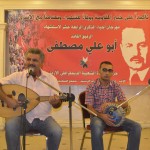 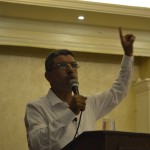 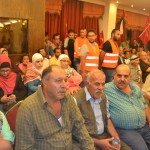 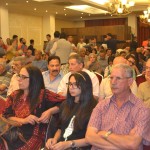