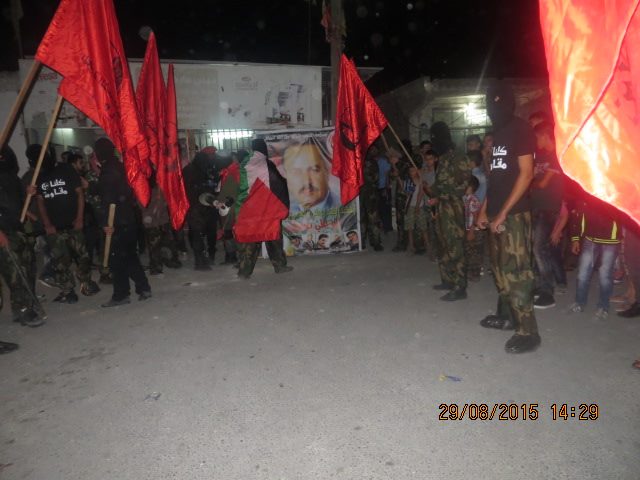 The Popular Front for the Liberation of Palestine in the town of ‘Asira commemorated the fourteenth anniversary of the martyrdom of the national leader, Abu Ali Mustafa, PFLP General Secretary, with a night-time military march.

Dozens of masked comrades wearing the red kuffiyeh marched through the streets of the village, postering the walls of the town, chanting and singing revolutionary songs for the martyrs and prisoners. The comrades participating in the march said that they went out tonight to remember a leader, a teacher and a true, inspiring revolutionary, and to emphasize their support for the martyrs, the prisoners, and the continuation of armed struggle to liberate Palestine. 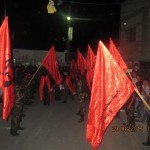 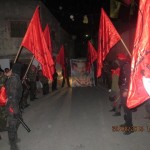 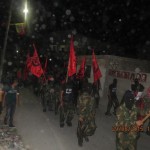 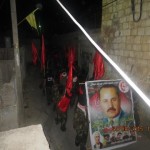 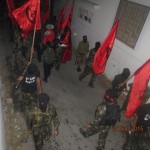 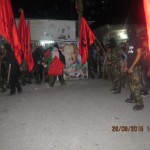