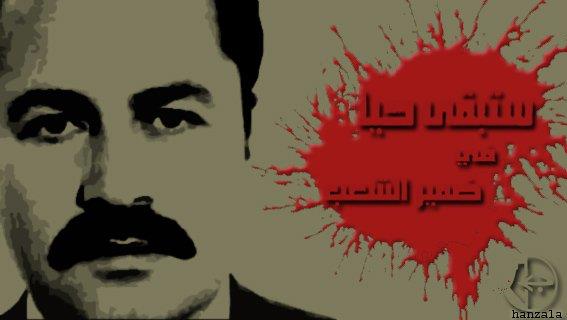 The following statement was issued by the Prison Branch of the Popular Front for the Liberation of Palestine, commemorating the assassination of Abu Ali Mustafa on its 17th anniversary:

Our dear comrades, we extend our most sincere revolutionary greetings. We salute you as you lead the most critical campaigns of steadfastness and confrontation. We salute you as you strive to continue on the path of the martyrs of justice whose blood was shed on the land of their ancestors, people and history, for the future of their beloved Palestine for which tens of thousands of fighters have struggled and sacrificed under the banner of freedom.

Dear comrades, today marks the 17th anniversary of the martyrdom of our comrade, the General Secretary of the Popular Front for the Liberation of Palestine, Abu Ali Mustafa. On this day, the Zionists’ U.S.-supplied helicopters bombed the building where Abu Ali was working, taking his life. He joined the long list of martyrs who always chose the path of freedom and dignity and refused humiliation and subordination. Like Abu Ali, they stood at the front lines to defend our national and human rights.

Abu Ali left us a great legacy in which we hold deep pride. He was the man of steel, a living school of organization, discipline, revolutionary commitment and sacrifice. He was a model of a modest and generous struggler who dedicated his life from the early years to national and party work. He joined the Arab Nationalist Movement as a young man and lived his life dedicated to the work of the Front, including its military action in more than one stage, as well as its administration, and then to lead the PFLP as its General Secretary.

By all standards, Abu Ali was an exceptional man. His assassination was a great loss not only for the Palestinian and Arab cause but for the international struggle of all oppressed peoples and for progressive international liberation movements. His vision emanated from his understanding of the importance of the class struggle, and he always rooted his work in the oppressed peoples and popular classes. The comrade was committed to this vision, from his origins and through his practice. He was the son of a poor peasant family who lived a life as a refugee with his people in the struggle against the Zionist settler colonial project, which seeks to end Palestinian existence and eliminate our rights as a people.

On this anniversary of the martyrdom of Comrade Abu Ali, we are passing through a time of the darkest and most difficult political circumstances, with important international and regional changes and new alliances that must be confronted. At the international level, we see a number of important phenomena, such as the growth of the extreme chauvinistic right, particularly in Europe. Radical changes could direct the future of the European countries, including the rise of voices within the EU calling for separation, reconsideration of the alliance or reformulation of it to reduce the influence of some countries, especially Germany. This may be the most serious contradiction among capitalist European countries since World War II, but it is also a time of conflicts of interest between the EU and the United States of America. These contradictions are not merely the outcome of the election of Trump as president of the world’s leading imperialist power, but are a natural product of social contradictions under capitalism over economic power and political influence.

It is clear that there is nothing strange about the election of Trump in the United States, built on the genocide of the indigenous people of that land. His election in fact reflects the nature of conflicting forces in American society, including the most rapacious capitalist interests in alliance with right-wing Protestant groups and powerful lobbies, the arms lobby and the Zionist lobby. There is no doubt that this racist alliance seeks to expand the scope of the conflict with the peoples of the world on the basis of imposing imperial domination and control without rivalry.

The United States plans to challenge China, Russia and the European Union for economic and political influence. This comes at the same time as it escalates its blatant interference in Latin America, comes into conflict with long-time allies like Turkey, imposes economic sanctions and jointly imposes Israeli demands against Iran and Palestine. It returns to use the veto once again in the Security Council in favor of the colonial Israeli entity as it promotes its so-called “deal of the century,” which seeks to abolish the national, historical and human rights of the Palestinian people. This is a clear confirmation of the hostility of U.S. imperialism to the Palestinian people and its full partnership in the policies of ethnic cleansing and attacks on our rights.

Our dear comrades, what is happening in the Arab arena is also very concerning. First, the pace of normalization between the Arab reactionary regimes and the Zionist entity has increased in an unprecedented manner as the Saudi and Emirati (UAE) regimes escalate Arab contradictions in full participation in a project to dismantle and destroy the Arab world, as we see in Syria, Iraq, Libya, Yemen and elsewhere.

It is clear that the enemy camp includes these treacherous reactionary forces, allied with the United States and the Zionist entity, who have made their role clear in the implementation of imperialist plans and projects, especially in regard to the Palestinian cause.

Dear comrades, the series of attacks that are being waged against our people requires the immediate completion of the reconciliation file and ending Palestinian division on the basis of true national partnership and the reconstruction of the Palestinian house, the shortest way to confront the “deal of the century,” The ongoing delay, procrastination and distortion around the issue of reconciliation does not serve our national interest and does serve the occupation and its attempts to quash our vision of return and self-determination.

The relentless pursuit of the fragmentation of the Palestinian people and their resistance forces serves only to weaken our people, in harmony with the Zionist-imperialist projects in the region.

In this framework, the Return Marches in Gaza have upheld the honor of the Palestinian cause. They have made clear the will of the Palestinian masses, against all conspiracies against our people, in rejection of siege and humiliation, asserting our right to resist the occupation by all possible means.

Our dear comrades, on the anniversary of the martyrdom of our Comrade Abu Ali, we renew our commitment to the struggle and honor the sacrifices of all the martyrs. We affirm our adherence to our principles of national liberation and our determination to continue the struggle, resistance and revolution until we achieve our rights and our liberation.

Glory to the martyrs; victory is certain!